Earl Anthony Robinson born 8 December 1955 – 22 November 1980), better known as General Echo, a.k.a. Ranking Slackness, was one of the first reggae deejays to move away from 'cultural' lyrics towards 'slackness' (risqué or sexually explicit lyrics) 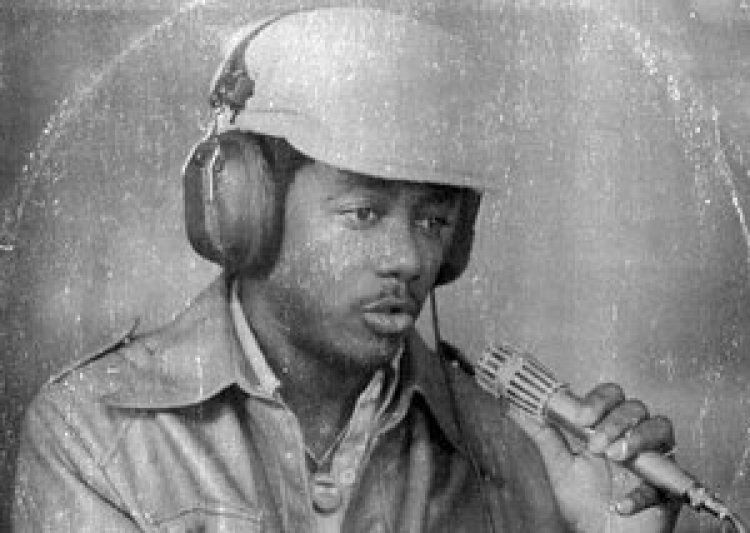 Born in the Fletcher's Land area of Kingston, Jamaica, General Echo was regarded by some as the most original deejay since Big Youth. He had a profound influence on many of the deejays that followed, particularly in the United Kingdom.

After coming to prominence on sound as Gemini, Stereo Phonic, and Ray Symbolic, he operated his own Echo Tone Hi Fi sound system, and was one of the first major artists to achieve popularity on 'yard tapes'. Echo had achieved success with "Drunken Master" for George Phang, and had a number one hit in Jamaica with "Arleen", on Winston Riley's "Stalag" rhythm, which was followed by the album The Slackest. This was followed by 12 Inches of Pleasure for producer Henry "Junjo" Lawes.

Echo was shot dead by police in Kingston, Jamaica in 1980 along with selector Flux (who also worked on his Echo Tone sound system), and Stereo Phonic owner Leon 'Big John' Johns, after they had stopped the car they were travelling in. The incident has never been satisfactorily explained. Echo's death inspired Clint Eastwood & General Saint to team up and release the "Tribute to General Echo" single.

Anna Bella's a Stand Out Track for Masta Recka!