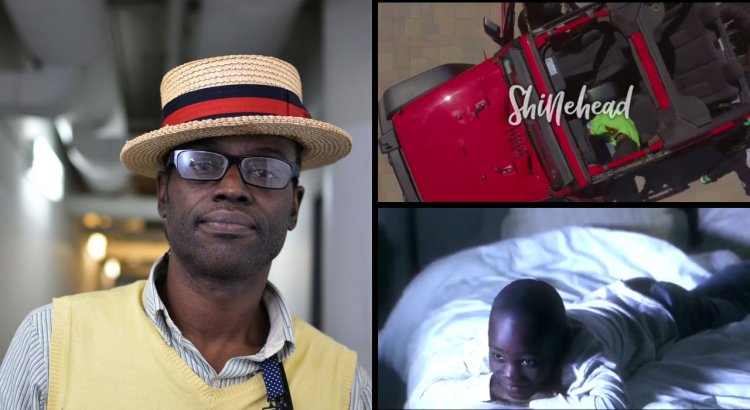 Music maverick Shinehead swept music lovers away with his Reggae Soul hit "Never Had a Dream Come True" on the Peckings label in 2020. To celebrate the song's 1st Anniversary, particularly since restrictions loosened to allow filming, the acclaimed artist released a commemorative music video -- his first one in 20 years.

While Shinehead has had an array of stellar music releases over the years, it's been two decades since the legend has released a visual. So, as one can imagine, this is a milestone occasion for the artist and his multigenerational fanbase. Keeping the momentum of his classic projects, "Never Had a Dream Come True" is a standout body of work Directed by Colette Dennard.

The "Never Had a Dream Come True" visual is truly a family affair, as Shinehead's partner in life and business DJ Papalotl (Kingston 12 Hi Fi), sister Starfire and brother-in-law Shango (both Reggae artists with a presence in Jamaica, U.S. and Japan) join him for memorable scenes. A young boy can also be spotted as the video's sweet storyline of making dreams come true progresses.

Sunny Southern California serves as an ideal backdrop for the "Never Had a Dream Come" video. Pristine beaches and a variety of aerial views vividly capture West Coast beauty and give the video quite a "dreamscape" effect. As the video unfolds, Shinehead can be seen in solo shots and with his love enjoying life and nature.

Released during the pandemic, the illustrious cover saw the "Jamaican in New York" singer return to the commercial music space to much fanfare from listening audiences, DJs, sound systems, radio and other media.

Notably, Shinehead is known for electrifying and innovative music that transcends Reggae, Dancehall, R&B and Hip Hop genres and equally high caliber visuals. Much to his credit, Shinehead's legendary "Chain Gang" music video was the very first shown on the premiere episode of the cult classic "Yo MTV Raps" in 1988.

The new visual is not all the "Chain Gang" crooner is celebrating this year, as it's the 30th Anniversary of the epic "Strive." The phenomenal song, which still moves the masses, bears a timeless and powerful message. Shinehead will release a special Anniversary edition of "Strive," which fans are going to love.

WELCOME TO JAMAICA WITH IRIE!

Janeel Mills “In The Ghetto” Anthem Aims to Uplift and...