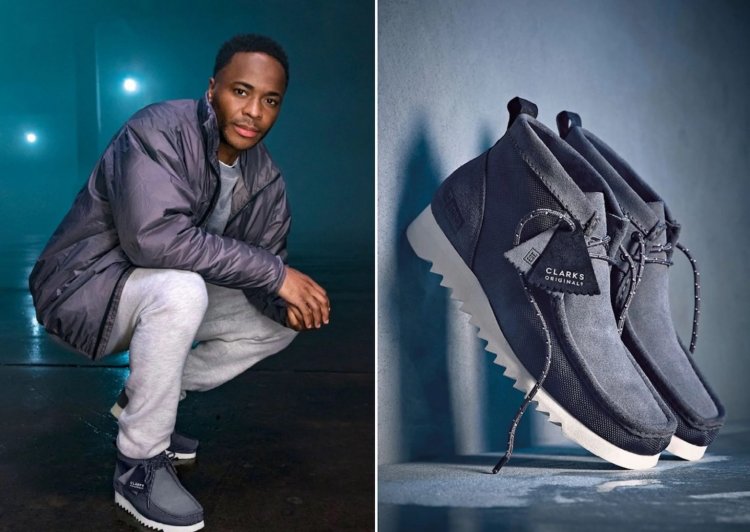 The collection dropped on Wednesday as the recently appointed global ambassador for Clarks brings his signature love for the Clarks brand to his fans. The new shoes, which come in several hues, bring together the signature Wallabee Boot and Desert Trek into one new and innovative design and is the first collection by Sterling with the beloved shoe brand.

Sterling is known for his love for the iconic brand, which has a huge presence in Jamaican culture as music fans especially love the iconic Clarks shoes. Sterling as well has shared his love for the shoes, which have been featured in reggae and dancehall music lyrics over the last 40 years.

This is not the first collaboration between Clarks and Sterling they have collaborated before. The famous footballer is Jamaican and moved to Wembley, England as a child.

He previously shared his love for the Wallabees, which increased his athletic abilities as a child on the playground.

According to Clarks, the new collaboration pays homage to Sterling’s birthplace, Jamaica.

Photos of the Clarks were shared on Wednesday, with Top Boy’s Kadeem Ramsay posing as the male model and DJ Becca Dudley as the female model. The photos also feature Sterling and the shoes with an embossed motif ‘1692’ that references the famous 1692 Port Royal earthquake event that sunk the city, which served as Jamaica’s capital. The event is nowadays associated with what remains of Port Royal, the home of Sterling.

Jamaica’s national motto, ‘Out of Many – One People,’ is also inscribed inside the shoe.

The colors of the shoe range from neutral tones of navy blues, clean whites and ecru. There are also darker shades of grey, black, and khaki, all paying homage to the natural beauty of Jamaica. 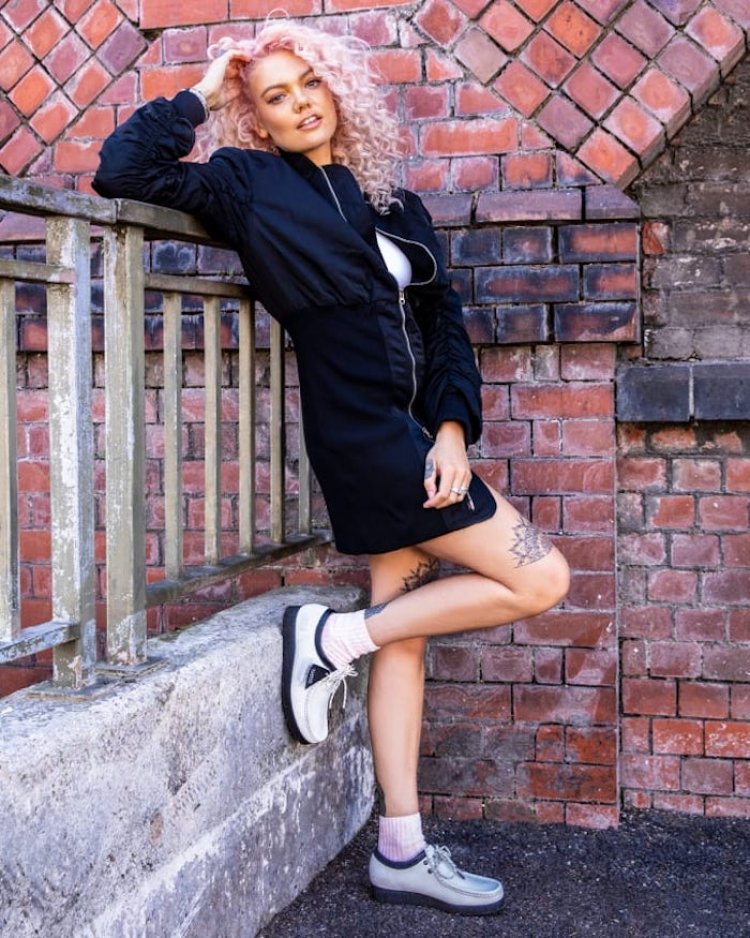 Sterling spoke about his love for Clarks shoes since he was a boy at the launch of the collection recently.

“In school, I wanted to keep up with the kids wearing fresh kicks so I was selling frozen slush after class to make money to buy my first pair of Wallabees,” he said.

Fast forward and now to be the first Jamaican with my own Clarks collection is an honour. When I heard I could build this line I was buzzing, it’s a brand I’ve loved from a young age so to have this opportunity is really special,” he added.

As a nod to the special connection between Clarks and Jamaica I wanted to do something that was for the island, for Jamaica itself. On the heel you see my brand 1692 which is the year Kingston was founded and hidden inside the shoe is the motto of Jamaica, out of many one people,” he added. 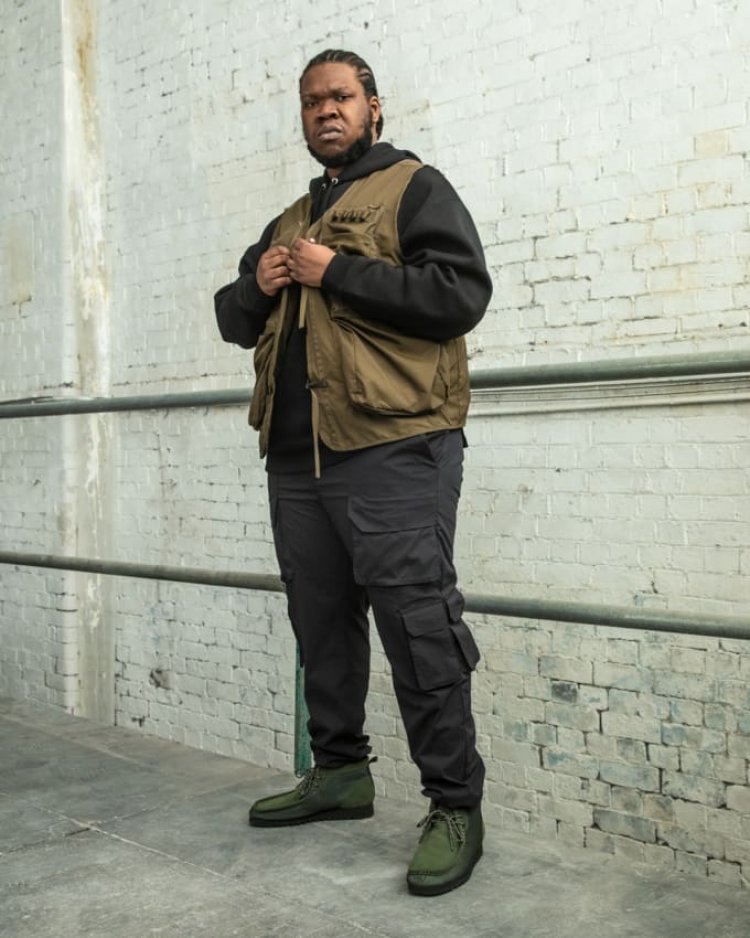 The collection is only available online in the UK and EU and exclusively through Clarks UKwebsite.