Dr. Smith, who was born in St Catherine and completed her high school education in Spanish Town, graduated with her doctorate from the University of Florida last month.

In high school, Smith excel at the sciences and she was deeply connected to the importance of energy in the lives of people from Jamaica and the rest of the Caribbean. After graduating from high school she attended Coppin State University (CSU) in Baltimore, Maryland, and graduated with a degree in Chemistry and Mathematics in 2017. 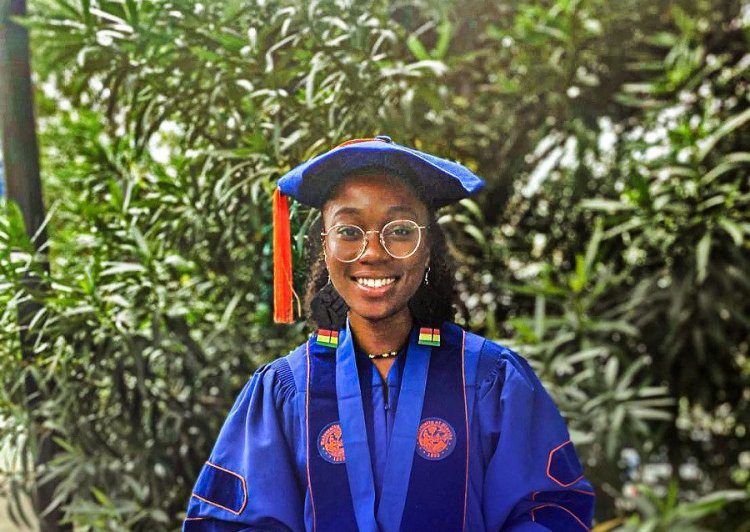 Charlyne Smith was inspired by her childhood in Jamaica to study nuclear energy. In an article featured Mothers for Nuclear Energy, Smith wrote

“Electricity and clean water were not always accessible commodities growing up in rural St. Catherine, Jamaica. As it was, and still is today, families like mine would resort to means of drawing electrical lines from the homes of strangers to light up our small two-bedroom, one-story home on Old Harbour Road. It was both humbling and frightening to know that no matter how bad we thought we struggled, someone, somewhere was struggling more. This was home for the first 17 years of my life.

I had dreams to become a scientist and an inventor to help solve problems of access to some basic necessities of life. I use to ask myself, how is it that I live on this beautiful tropical island surrounded by a body of water yet power and clean water is not something that all 2.8 million people living on the island have access to? At that point, it was only logical to choose which problem to address by dedicating my career to the goal of solving the world’s energy problem for my country and others like mine. Naturally, I thought the only way to contribute is to the problem is to explore renewable sources of energy, solar energy in particular.

In the picture above, Smith explains her research into low-enriched uranium burnup rates and their relationship to the fuel’s porosity at a nanoscale level.

Here is Smith in 2018 being interviewed at the ANS Student Meeting in Gainesville, Florida. She did amazing things working for Idaho National Lab, later pitched a nuclear powership concept at Nuclear Innovation Bootcamp.

Being the first female Jamaican nuclear engineer is historic not just for the sciences but will inspire young girls from the Caribbean.

What does a Jamaican Nuclear Engineer Do?

Nuclear engineers are people who are interested in nuclear energy. They are involved in research and development of processes, instruments, and systems. One example is medical equipment that uses radioactive materials.

Jamaica operates the Caribbean’s only nuclear reactor as part of a research project at the University of West Indies (UWI). On a recent visit, the International Atomic Energy Agency applauded the nearly 35-year-old programme for showing a continuous commitment to safety after a successful conversion to low-enriched uranium.

For its work, the EU provided the facility with a Canadian-invented 20KW SLOWPOKE research reactor.

Due to Jamaica being in a seismically active zone that is also often affected by hurricanes, siting considerations for the reactor were paramount. As such, it is housed in a building made of a sturdy concrete with windows that are fully shuttered during hurricane season.