Temple Hall is a predominantly residential community in northern St Andrew, Jamaica. It is named after the estate and great house which it adjoins 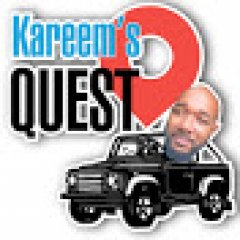 It is bounded to the east by the Wag Water Riverand is essentially a linear settlement strung out along a short section of the A3 road at an elevation of about 1,000 feet (300 m).

To the east of the river is a 1,699 feet (518 m) ridge and triangulation station which overlooks the settlement and is also called Temple Hall.

First owned by Thomas Temple, Temple Hall estate was at first a sugar estate but later became an experimental area for many crops. It is where Sir Nicholas Lawes (1652-1731) introduced the cultivation of coffee to the island in 1728. Lawes was governor of Jamaica from 1718–22 and married Temple's daughter, Susannah, in 1698 being given the estate as a dowry. Laws also experimented with the growing of tobacco, and set up the first printing press.

The great house has recently been converted to a convention centre and is used for weddings and other outdoor functions.

Hosted by Kareem LaTouche, an award-winning journalist, Kareem's Quest takes an adventure-type approach while traveling across the island of Jamaica. Search KareemsQuest for more content